On July 18, 2022, a contractor will begin installing 30 Bike Turnouts on Mount Diablo. I would ask everyone to take a moment and pause and reflect upon your contribution to this historic accomplishment. This has truly been a Team Effort by thousands of people throughout the Bay Area!

Bike Turnouts were created by the Tenacity, Persistence, and Determination of Mount Diablo Cyclists Leadership and the Support of Elected Representatives, California State Parks, the Media, and the Public. Bike Turnouts allow a cyclist pedaling uphill to move slightly to right, thereby allowing a motorist to pass safely, that is, without crossing into the downhill lane, and possibly colliding with a descending cyclist. 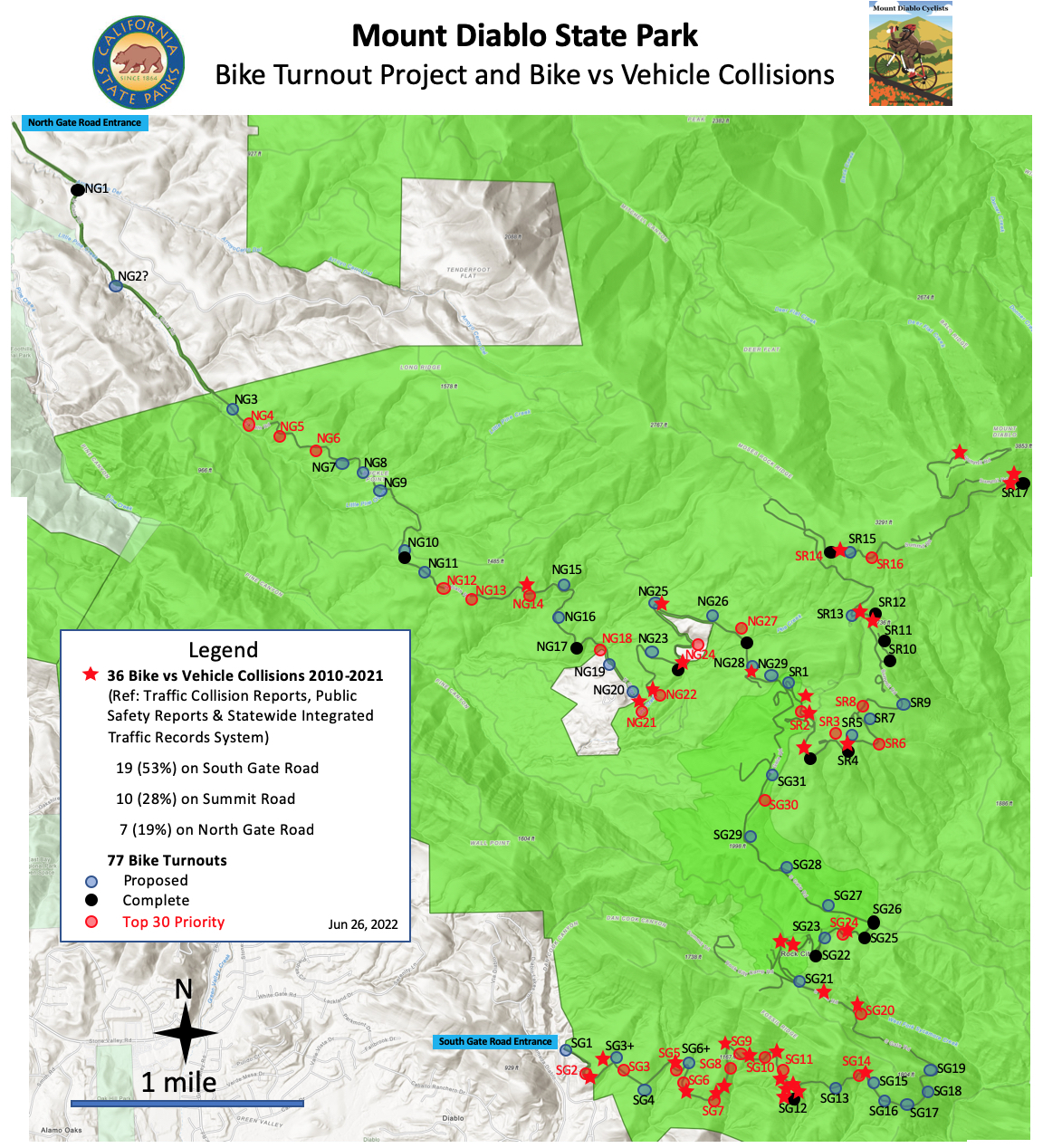